Next stop: Manzanillo.  On the way we stopped by Cuyutlán, our favorite little ocean town.  Carrie tried octopus and loved it. 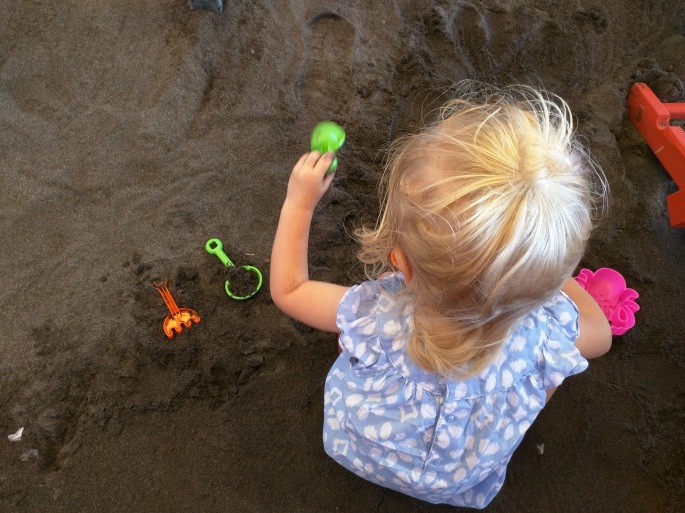 We stayed at an oceanfront hotel on a peninsula overlooking Manzanillo Bay.  The views were captivating.  We spent our days swimming in pools and oceans.  Just like last time we were in Manzanillo, we weren’t ready to leave so we booked an extra night.  Hotels just keep amazing us.  We paid $75/night for a room with three beds, a kitchenette, a great made-to-order breakfast included and those incredible views.  Can’t beat it.

We bought iola an awesome pool floatie that lasted 10 minutes before the  plastic built-in seat holding her up broke.  It had a squeaker built in to its tail and we weren’t ready to give it up.  Pink duct tape to the rescue!  My first fix job lasted another 10 minutes only.  I got serious for my next fix and that lasted the rest of the time.  Note the increasing amount of duct tape.

iola was painting Grandpa’s toenails.  We thought they were just playing pretend until he walked over to us.  That’s a good buddy right there, although I think he thought it’d wash off easily.  I’ve been laughing ever since every time I see his feet.

iola commandeered my ice cream cone.  She had her own, then claimed mine. 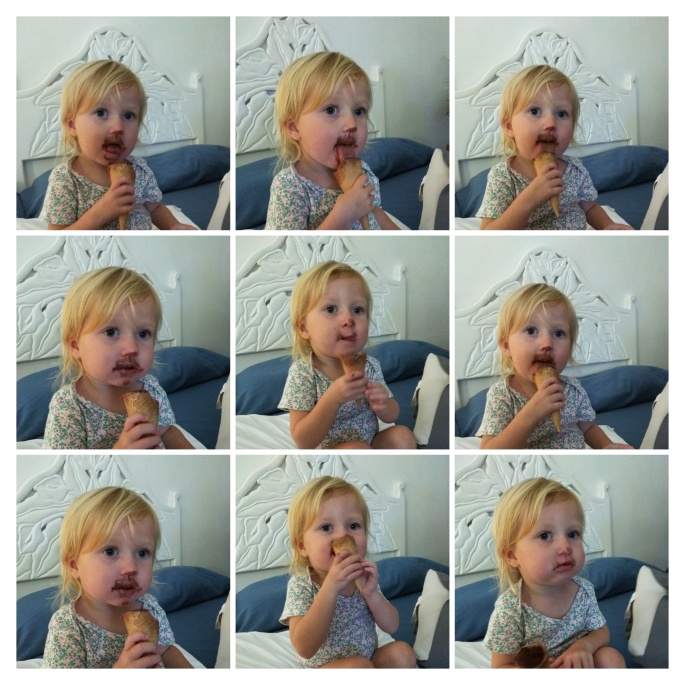 We headed back to Chapala after a great week on the road.

2 thoughts on “Take a Spin with G-Pa, Part III”