Every Sunday we’ve been at the Chapala house we hear loud music coming from the town of San Nicolás starting at about 3:00 PM and continuing well into the night.  One Sunday afternoon we grew curious & walked down the road, through town, and found the source.  They have bull “fights” at the Plaza de Toros and about a 20 piece band assisted by a 20 piece speaker system provides accompaniment.  The music is loud at our house about a mile away and the speakers, as we now know, are facing the opposite direction!

We took Grandpa to this grand event last Sunday and had a grand ol’ time.  The music actually is pretty good, I’ll admit; the way it sounds in the video below doesn’t do it justice.  Most of the band members are young.  I find it very fun that seemingly a large portion of younger people here have music in their souls, whereas I get the impression in the US most young guys are too cool for playing a clarinet in a band.  Not these guys, and they rocked it!

As for the bull part of the event, I can’t really say, because I don’t know what the hell was going on.  It was much more like an American rodeo than a Spanish bull fight.  One immediately noticeable difference was the fate of the bull.  In Spain the bulls are killed by the fighter.  In Mexico they’re lassoed (with impressive skill) and rounded back into their pins to do it all again next week.  It’s not really a fight to begin with.  A bunch of guys go out on horses, many holding beers in their hands, and a bull is let out to chase them around.  The bulls appear to have almost grown bored of the whole thing and at times just stand there as if to say, “Really, this crap again?!”  Then once in awhile a young buck hops on a bull and tries to ride it using no hands, which from what we saw lasts no more than four seconds.  The whole event is very haphazard.  I think I could have just jumped in the ring for a bit and no one would have said a thing (many boys were jumping in and out of the ring at seemingly random times, and there’s nothing but a small chain as a guard rail).

Vendors walk around selling a whole variety of things.  We ate fire-roasted peanuts, a generous cup of mango slices, and another with papaya.  Delicious.  iola got m&m’s from a 12 year old vendor who was also selling cigarettes.  I suspected I got charged the “gringo price” for the m&m’s, but didn’t really care.  The kid made the sign of the cross with the bill I had just given him in his hand, not sure what to make of that. 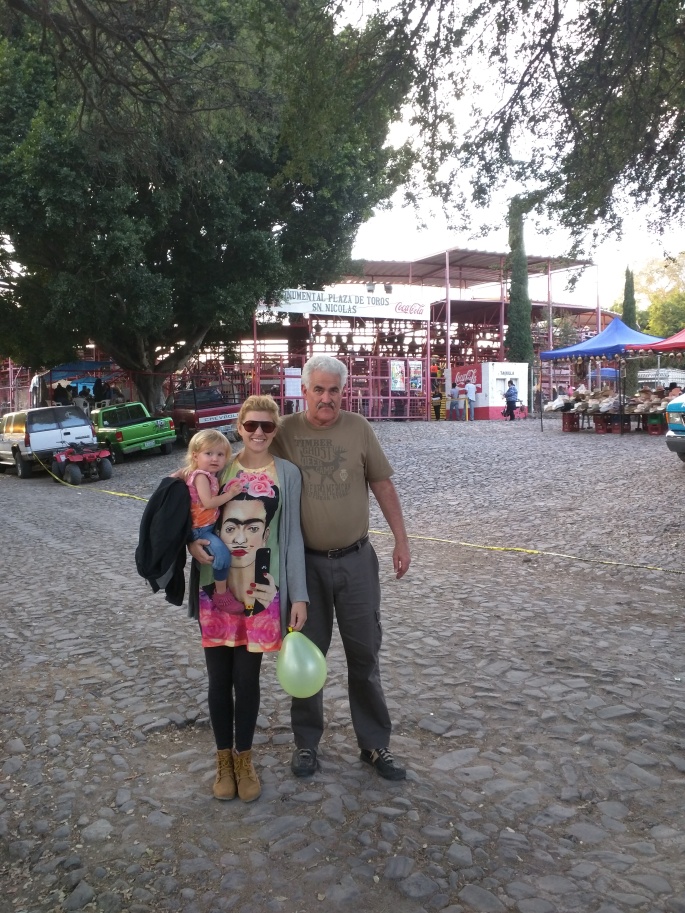 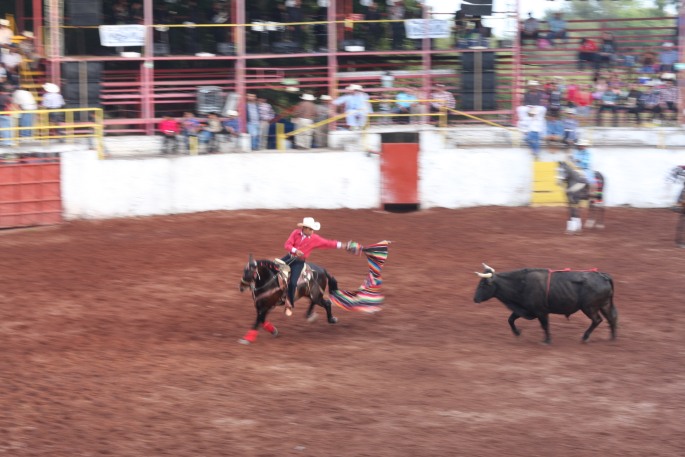 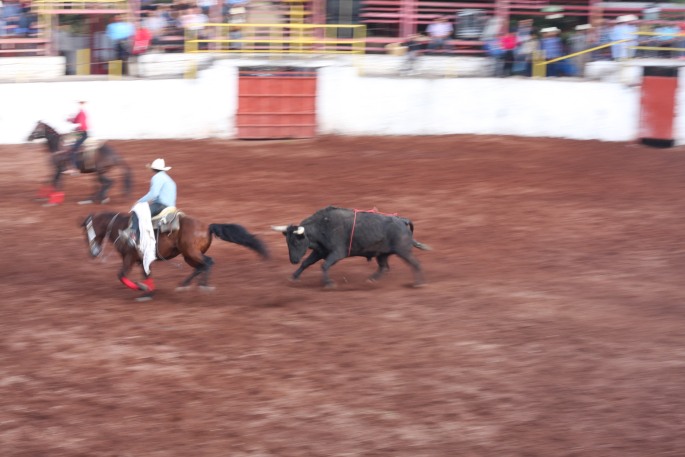 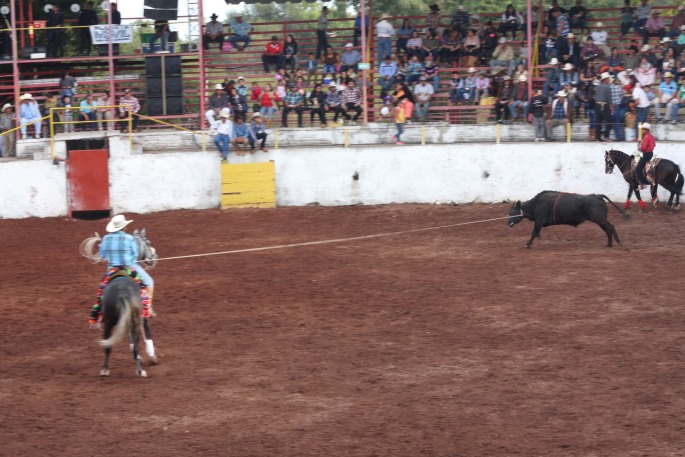 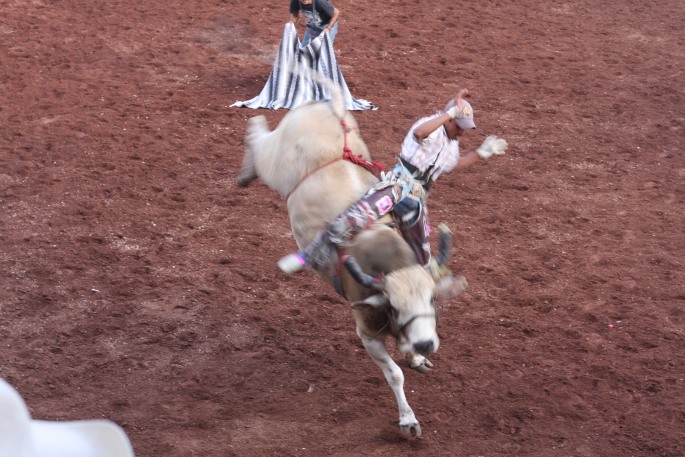 Need a single cigarette? This kid has you covered. 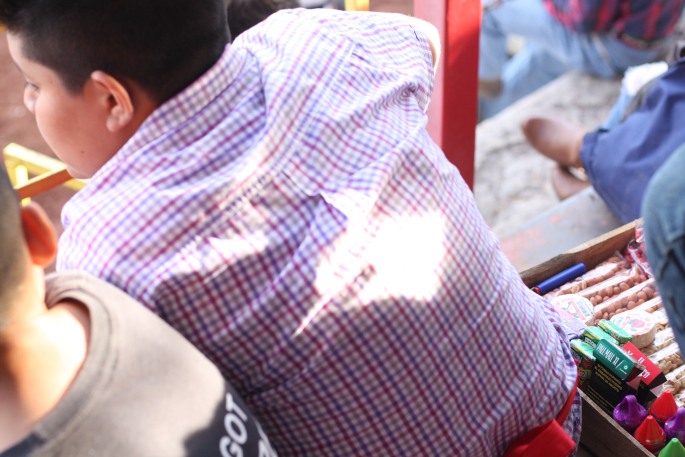 As Carrie put it, “We know why that guy wears a hat.” 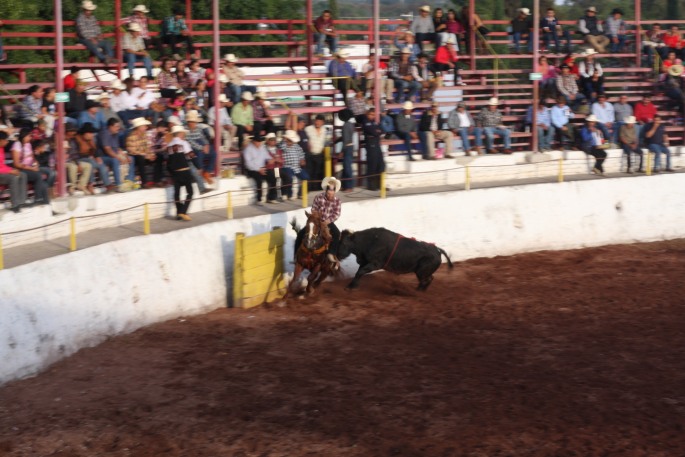 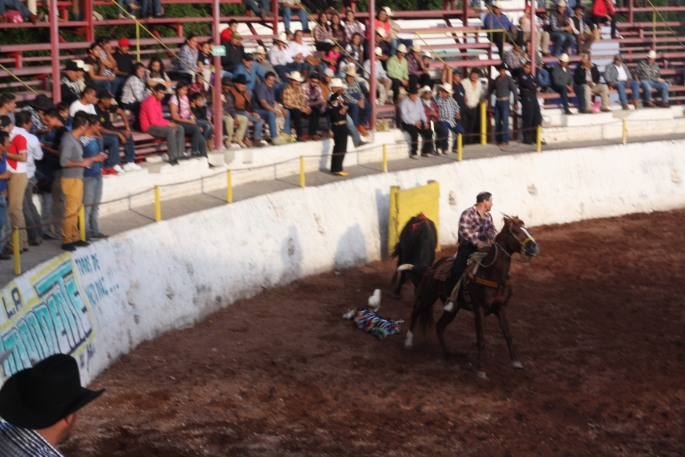 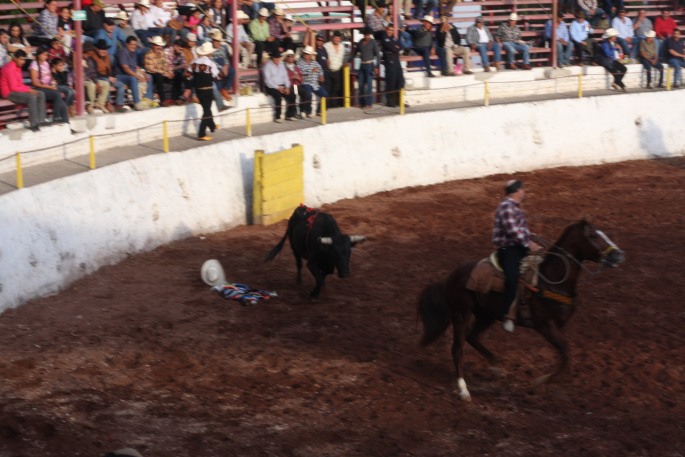 These rodeo clown guys were entertaining.  They danced to the music for good entertainment even when the bulls weren’t out. 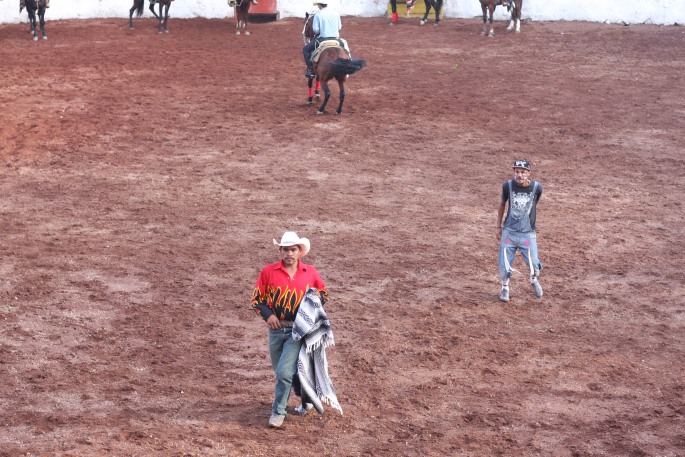