Since Frida was born I’ve been out running errands almost every day in order to gather all the documents & copies we needed to submit our application for Frida’s Consular Report of Birth Abroad and her US Passport (for which I took passport pictures of her.)  Our plan is to leave Guadalajara on April 19, but we can’t cross back into the US without documentation for Frida.  Officially speaking, at the moment she’s Mexican but not American.  The process to become American includes not only the paperwork but also an interview at the US Consulate and then a wait for the passport to be processed and mailed from the US, all of which take some time to complete.  Sadly, black market baby sales are a thing in our world.  So while at first I thought parts of the process were a bit strange, I now understand and appreciate that the consulate verifies everything they do.  I’m willing to do some extra steps if it means babies aren’t illegally adopted by Americans in Mexico (who are these people doing this?!!!)

Anyway, Mexico is a fun place to run errands.  There’s always something interesting to look at, and I especially love looking at the houses.  Homeowners use their houses as a form of expression versus trying to blend in with everyone else, especially in the older neighborhoods.  No two houses are the same and often feature vibrant colors.  It’s about the polar opposite of the US, where most houses are painted neutral earth tones.  (See my side story at the bottom of this post about lack of appreciation for color in the US.)

Also of note, I’m into the tiny house movement in the US, a push for smaller homes that can even be around 100 square feet.  Here people would probably laugh at that being called a “movement.”  Small homes here are very common and have been forever I think.  That’s not to say there aren’t suburbs here; there are.  And they can be equally as boring as in the US.  But I hope Mexico can at least hang onto its spirit for being unique and not start thinking everyone needs to fit into a housing mold.

As one more comment before I finally show you the fun part (pictures), the variety of houses is awesome for iola to practice her colors.  As we stroll along she announces the colors of the houses as we pass.  So cute. 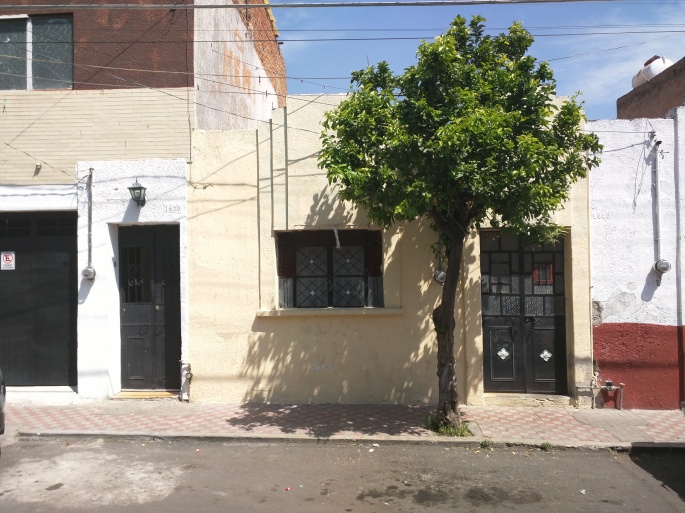 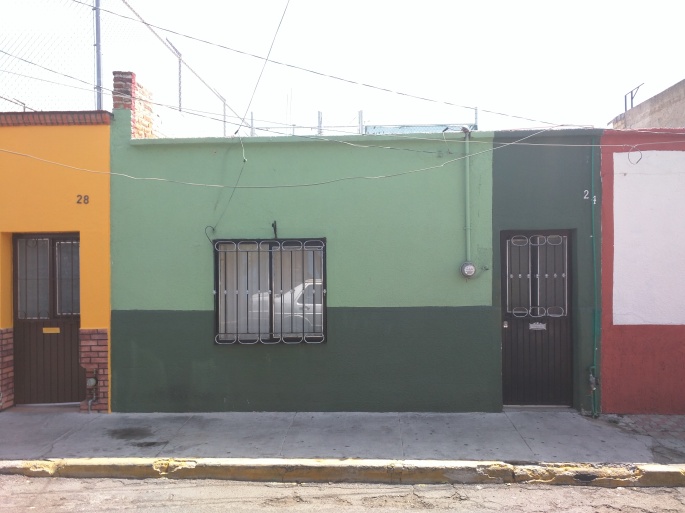 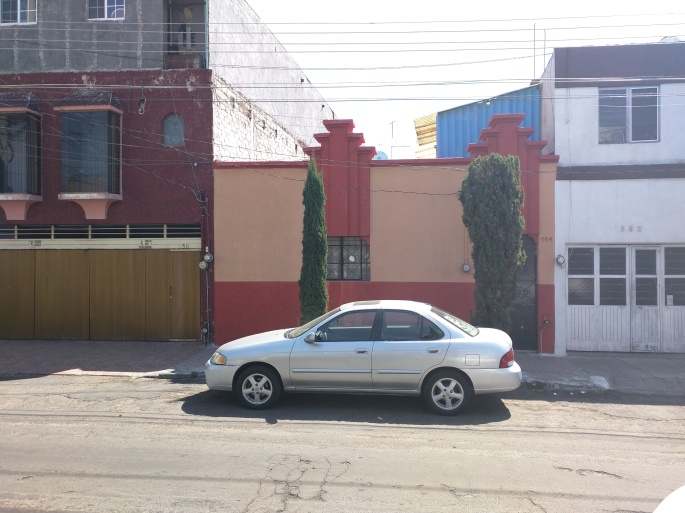 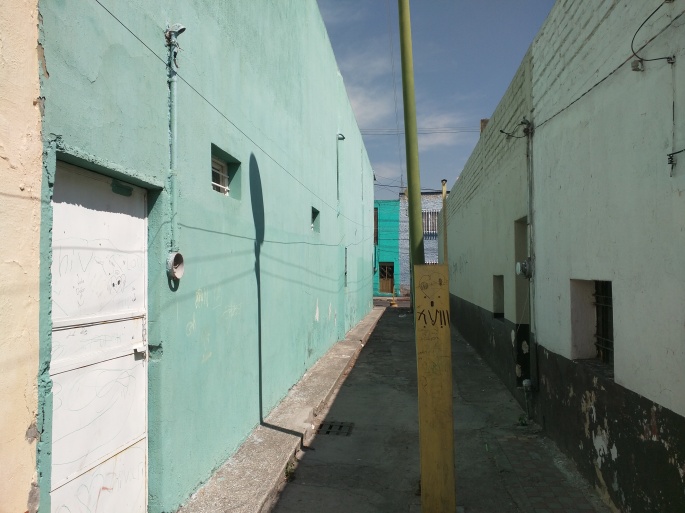 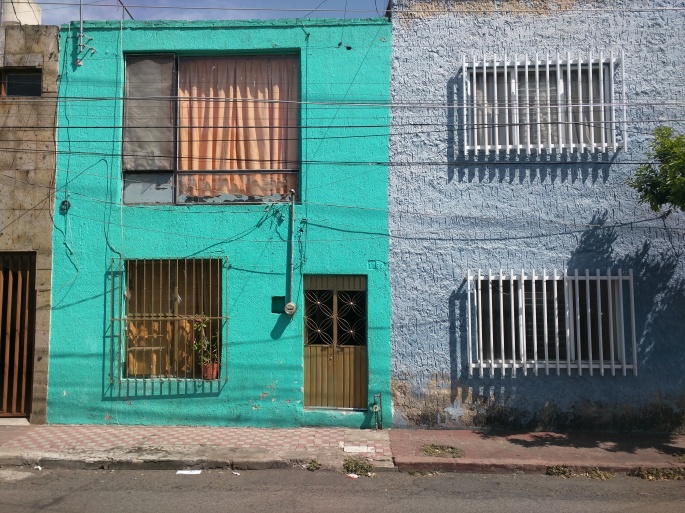 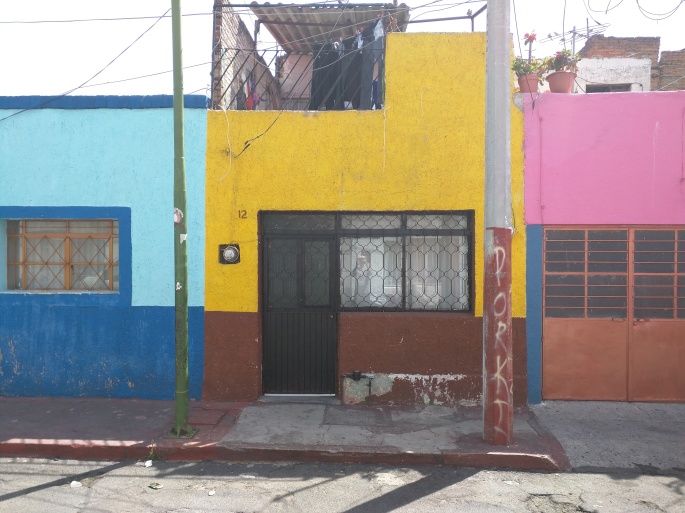 As we were expanding our real estate business in Minnesota, Carrie was, for a time, in charge of painting the houses we bought.  Mostly it was interior painting with boring beige & white colors.  One house needed sprucing up on the outside and we gave her free reign to be creative, and “creative” is one fantastic adjective for Carrie.  She went with a vibrant blue color, very similar to the blues you see in the pictures above.  That’s not exactly common for a WWII era stucco home in Minnesota, but it wasn’t hideous in our opinion and was tastefully executed.  A few people stopped their cars to say how much they liked the color.  Most of those who stopped were Mexicans!  The next door neighbor thought the color was less than fantastic, however, and felt free to let us know about it.  She even tried getting the city involved to try to make us change it (the city ignored her demands.)  Within a few months that neighbor put her house on the market and sold it!  It could have been a coincidence, we don’t know for sure, but I see it as not at all unlikely she moved because of the vibrant blue house next door.  I guess she preferred the faded, chipping tan paint of the house while it was a foreclosure.