Fair warning in advance…normally I ramble for awhile but then I at least show a bunch of pictures at the end.  This post has all the rambling part but not much of the picture part.  Instead, this is more of a “hey, did you know…?” sort of post.  If I lose you after this paragraph, the brief takeaway is that children, even newborn babies, can learn to not use a diaper at an insanely young age!  Tell your friends with kids and they’ll save lots of money, keep lots of diapers out of landfills, and enjoy life more while changing many fewer crappy diapers.  Yay!

Carrie is never short on ideas.  She loves researching all sorts of outside-the-box concepts, especially when it comes to parenting.  For example, before we had kids we assumed home births were something weirdo hippies did.  After getting pregnant with iola & not enjoying our first experiences with hospital care for Carrie’s check-ups, Carrie started researching all sorts of different options for birthing.  And because she did, we started replacing all the assumptions we had about weirdo hippie home births with actual facts about them and discovered it was for us.  Our home birth experiences have been wonderful.  OK, so some people call us hippies, but at least we’re not weirdos(?)

Among the many other things Carrie has researched on parenting, one of the cooler and more practical ones is discovering that kids can be potty trained much earlier than most people in our society do it.  Carrie started potty training iola when she was about eight months old.  I myself was incredibly skeptical.  But, sure as actual shit, iola was consistently using a potty by the time she was 16 months old and we went through almost no diapers at all at that point (we used mostly cloth diapers, but who likes washing poopy diapers?)  Before she turned two we had stopped putting diapers on her altogether.  She was so small when she started wearing undies that we couldn’t find ones small enough in stores.  Carrie then discovered tinyundies.com.

For those of you that followed our trip down to Mexico you got to see no shortage of roadside potty break pictures.  Dumping a potty is infinitely more fun than changing a volcano brownie cake diaper.  Also more fun than potty training a three year old is potty training a one year old.  At two to three years old they become stubborn as all hell, yet for some reason that’s when our culture has decided to teach kids something very different than what they’ve been used to.  Do it before the answer to everything is “no”, and you’ll be glad you did!  iola gets excited to go to the bathroom.  First of all she learned at a very young age, so it’s just normal for her.  We also make it fun by reading books to her.  We quite literally have to force her off the potty at times, or she’ll finally concede after her legs fall asleep.

Carrie now started potty training Frida at two weeks of age.  Is that crazy and pointless?  I don’t know for sure, we’ve never done it before.  But resources (see below) would suggest it does indeed work, and our experience with iola would suggest the same.  It also is intuitive and already noticeable with Frida that even brand new human beings don’t enjoy being wet or laying in feces.  Have you ever had a baby pee or poop the minute you take his diaper off?  Well, there you go.  Take the hint.

The term used for potty training an infant is “Elimination Communication.”  I would have chosen a different term, but hey, I didn’t come up with it.  Here’s more info.

Also, in fairness, resources for elimination communication say that it’s not potty training, rather a natural way to have infants relieve themselves other than in a diaper, thus never having to do “potty training.”  I think it’s a matter of semantics.  Call it training, call it hey why don’t you take a dump in something other than your diaper, call it whatever.  The point is by doing it you will end up with a very young child that doesn’t require diapers and you can save yourself the headache of trying to potty train a stubborn toddler.

If you’ve hung in this long, nice job!!  You fully deserve these pictures of Mexican roadside potty breaks and another cool sidewalk & house. 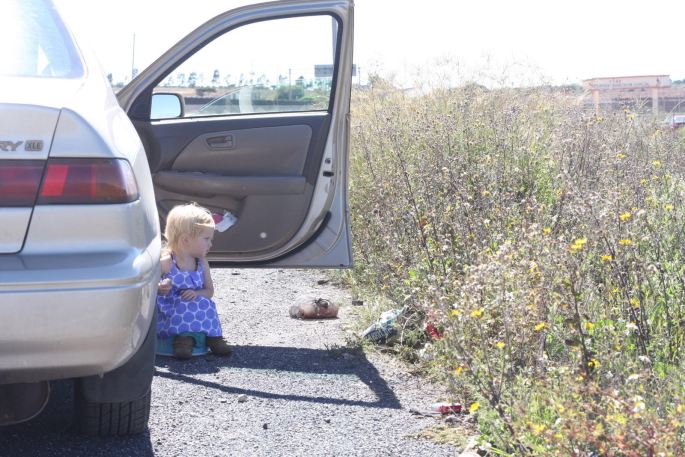 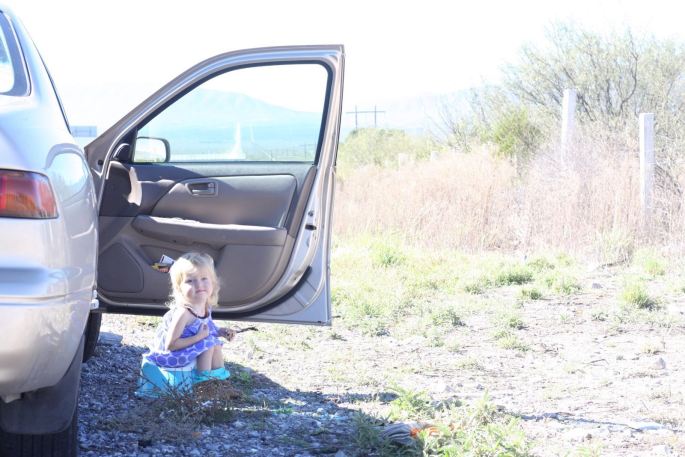 This is my favorite sidewalk I’ve seen so far. 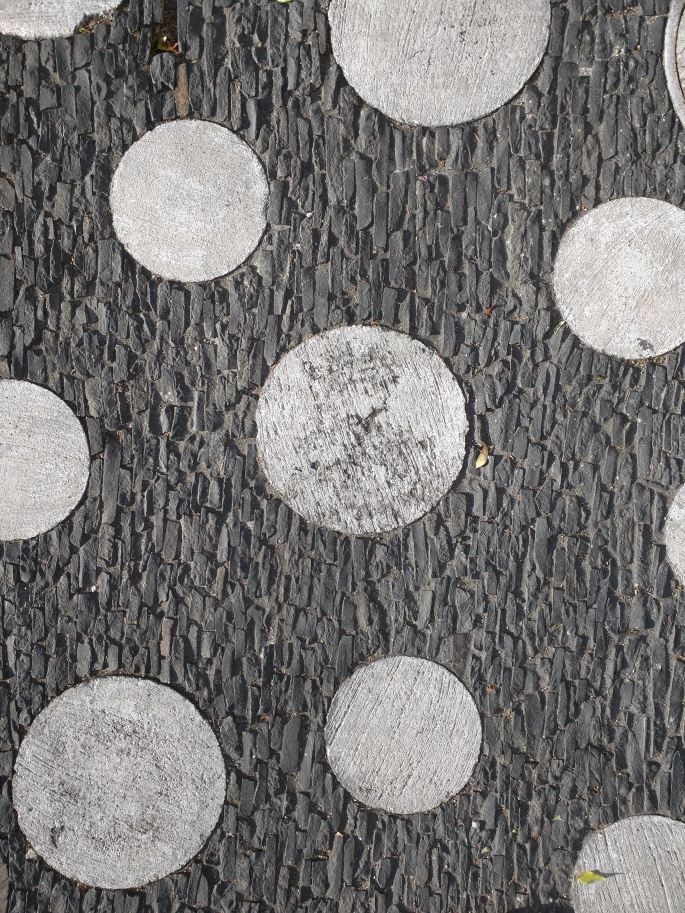 The Rolling Stones were blaring out of this joint, so I’d say it’s legit. 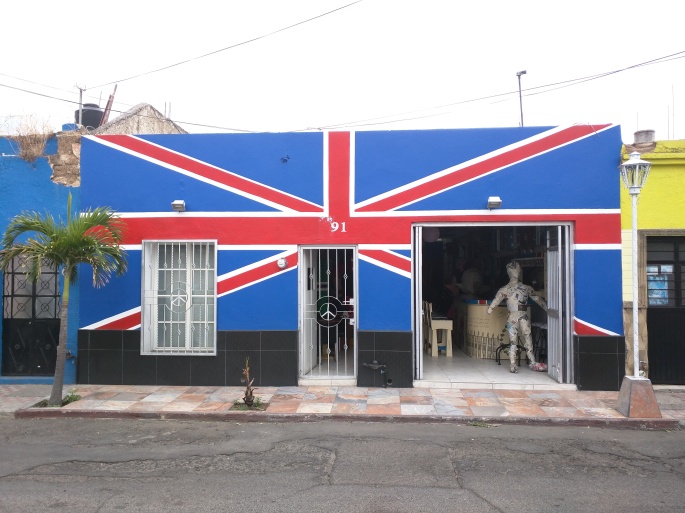