Uruapan is another fine city in picturesque Michoacán.  We stayed at a bed & breakfast where iola mostly loved the “kitty-cats” and (very old) “puppy”. 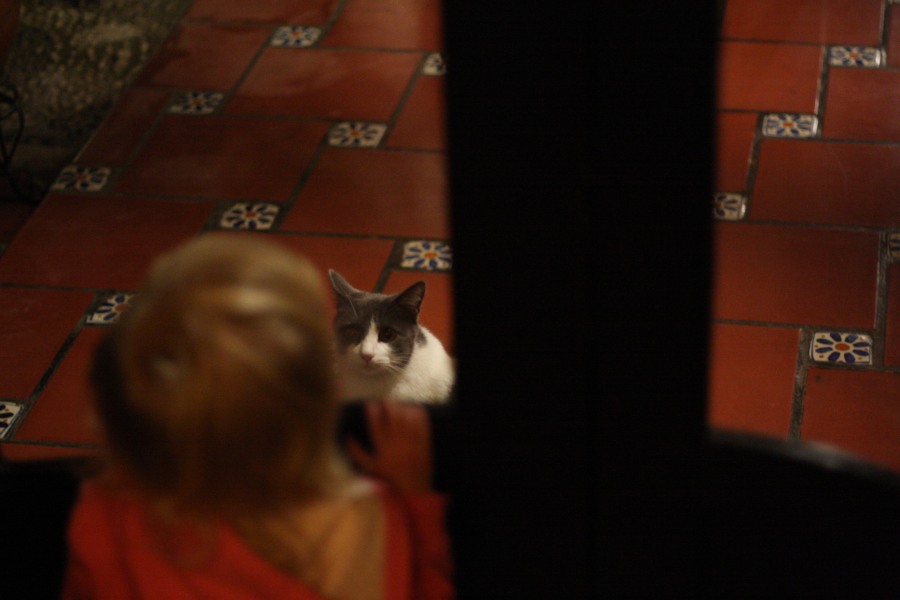 Our favorite part of town is the Barranca del Cupatitzio National Park.  It was only a five block walk from our hotel.  How often can you just walk over to a national park?  The city has surrounded the park entirely by now, which makes it unique.  There’s this oasis right in the middle of lots of urban craziness.  So when viewing the pictures below, just remember, this is all within a big city.  But whatever you do, don’t take a dump in the woods! 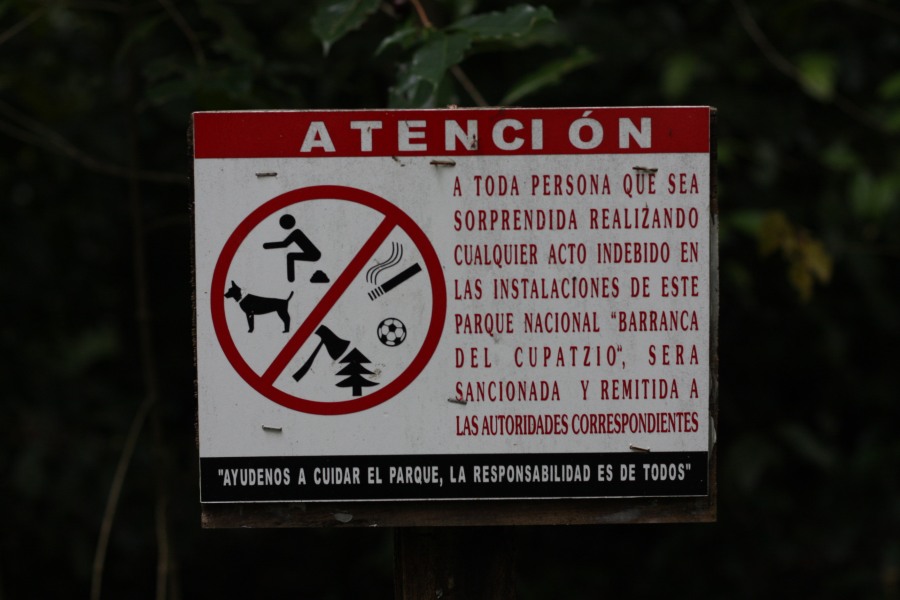 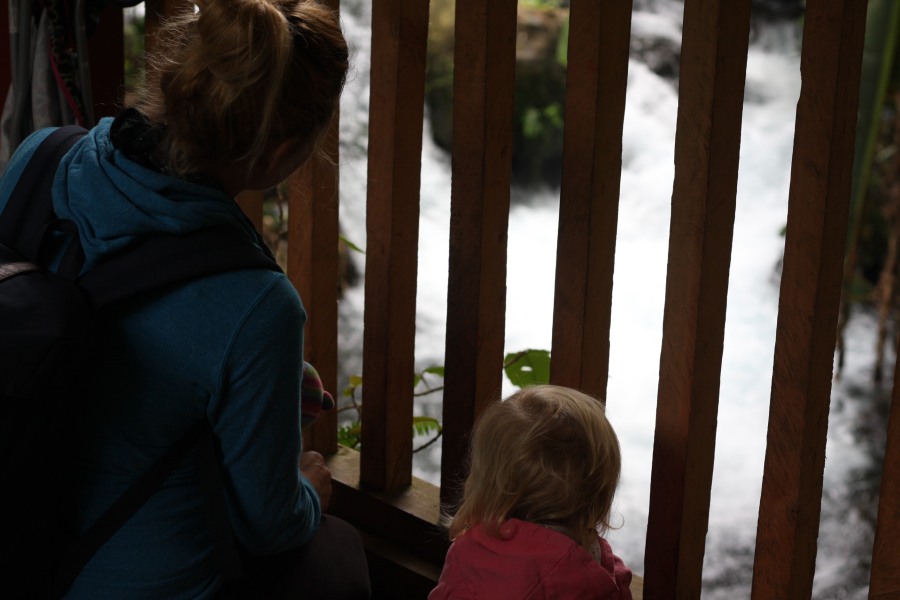 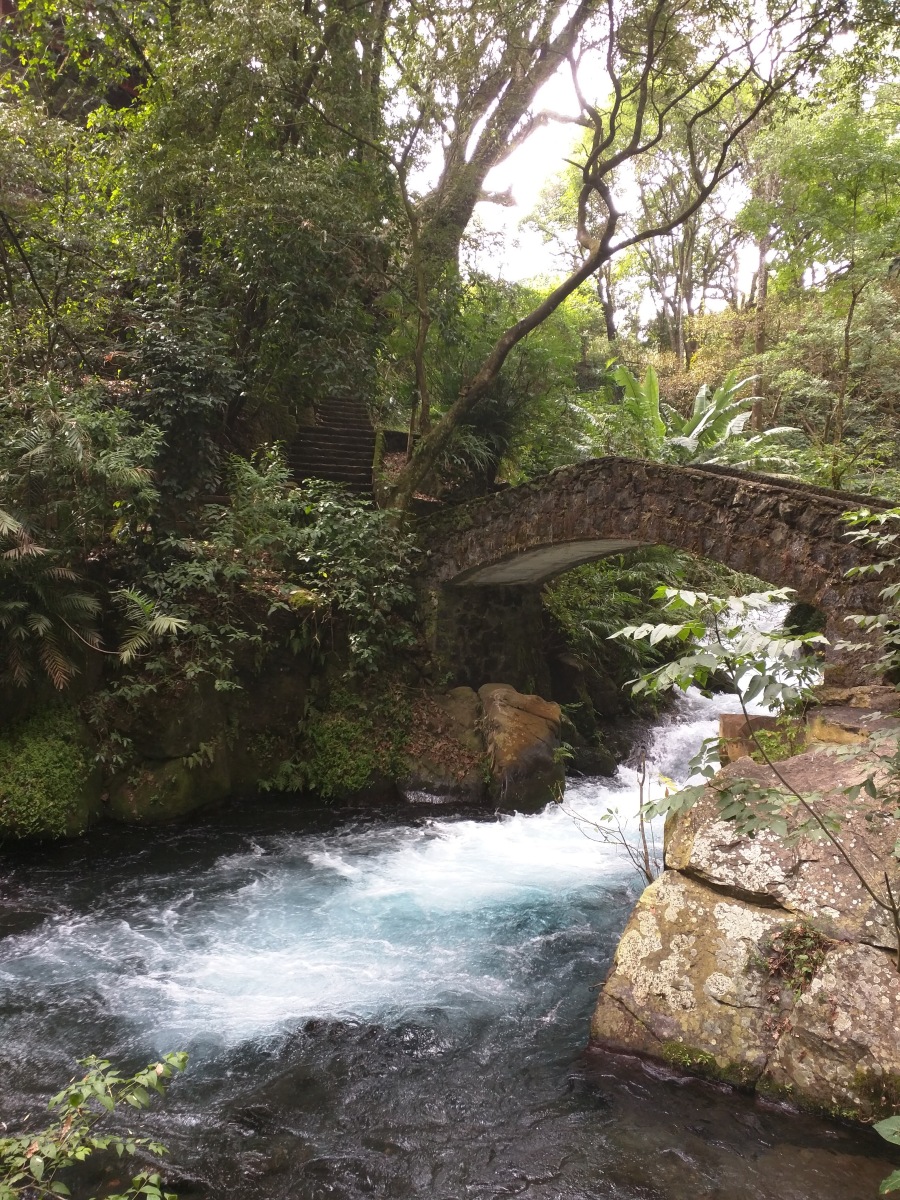 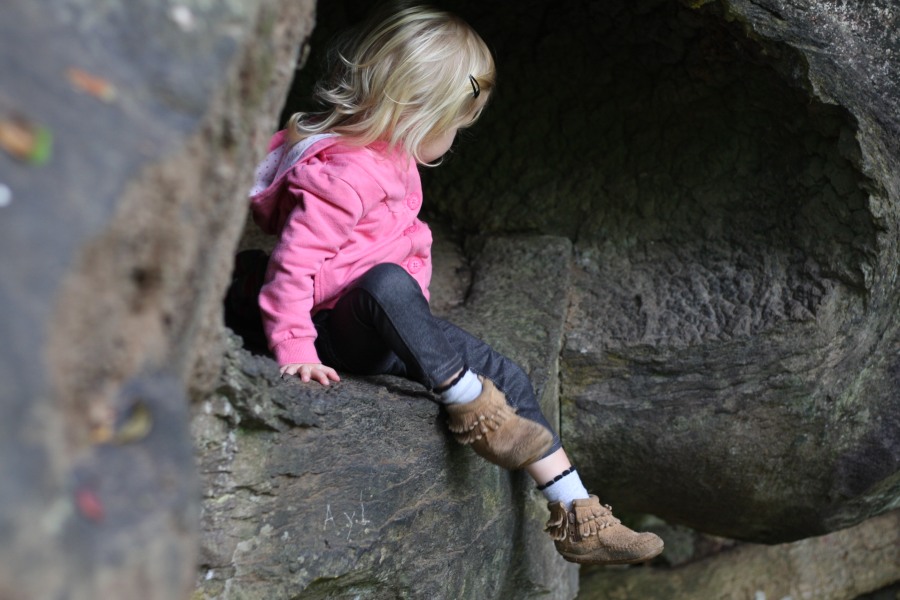 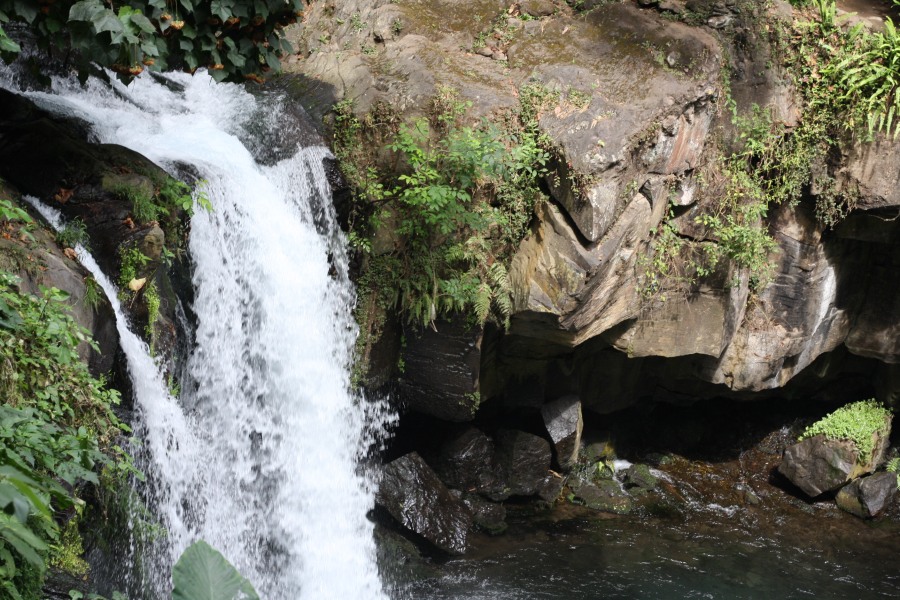 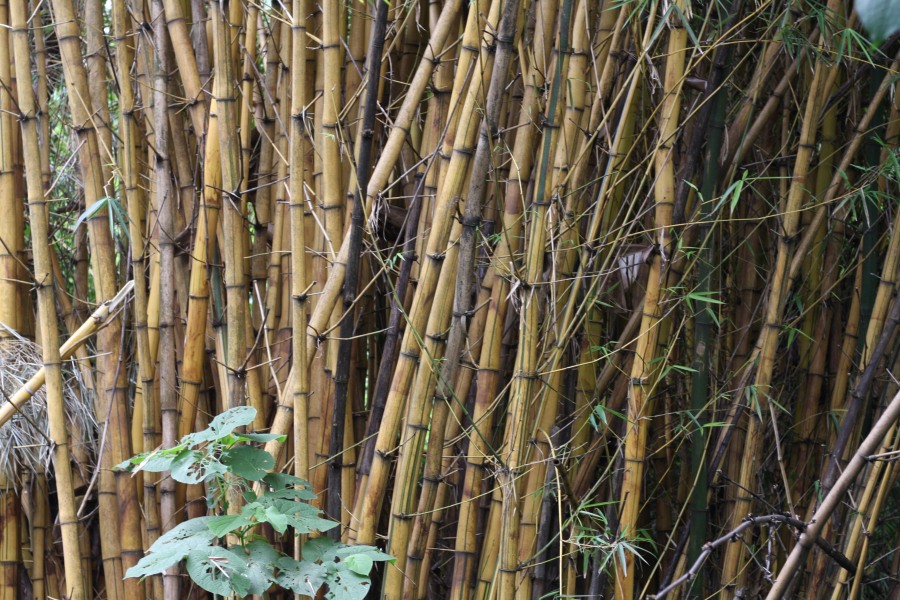 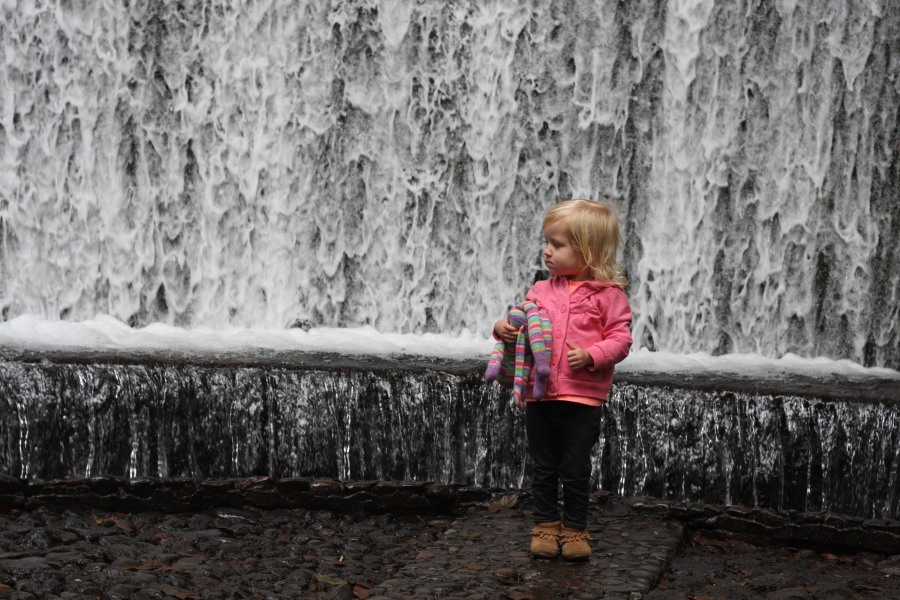 Despite being prohibited, guys do cliff diving and then spectators give them tips.  The water is very cold as you can see by his expeditious departure from the water.

I find the United States in general to be overly protective.  Handrails have to be at just the right height, steps must be uniform, there of course can’t be any unguarded ledges, etc.  Mexican public areas, for example sidewalks, and commercial spaces, such hotels and restaurants, would almost unanimously fail at passing any sort of US code inspection.  I’m not saying that as a positive necessarily for the US though.  I sense the US is working on taking away all opportunities for us to have to make decisions & use common sense.  But FINALLY, we found something Mexico is more stringent on!  Wait for it…you must wear a helmet when skating in the roller rink they’ve set up in Uruapan’s plaza.  It’s very rare to see a child in a car seat here and kids are frequently seen riding in the back of trucks going down major highways, so we thought it was funny that of all things they’d be concerned about helmets when skating. 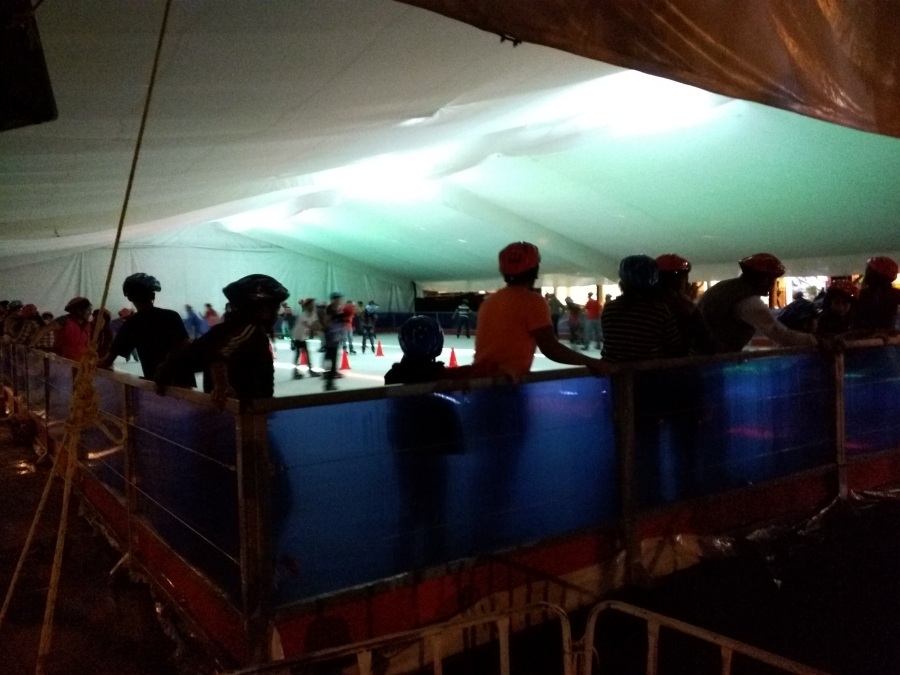 Uruapan must have an affinity for skinny buildings.  Here’s a house sandwiched between two normal houses.  It was at one time listed by Guinness as the narrowest house in the world, although I think it’s been surpassed (or undercut?) by a narrow-er house in Poland.  And then there’s the smallest McDonald’s I’ve ever seen.  They only sell desserts. 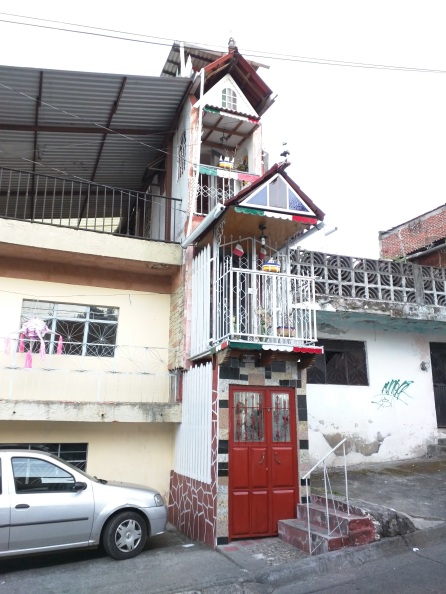 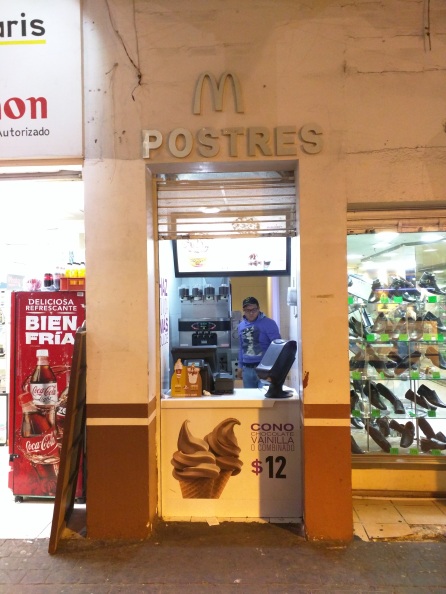 We ate one last great dinner in Uruapan at an outdoor restaurant area with probably 20 “restaurants”, each with its own menu, a small, open kitchen, and seating for probably 15 people.  The food is awesome in Mexico.  I think most people would be shocked if they went into kitchens at restaurants in the US, especially chain ones.  Here you almost always see your food being cooked right in front of you, with fresh ingredients, and I’ve only ever been shocked in a good way (like, wow, they’re making iola’s hot chocolate by heating milk in an old-timey kettle on the stove…not a microwave). 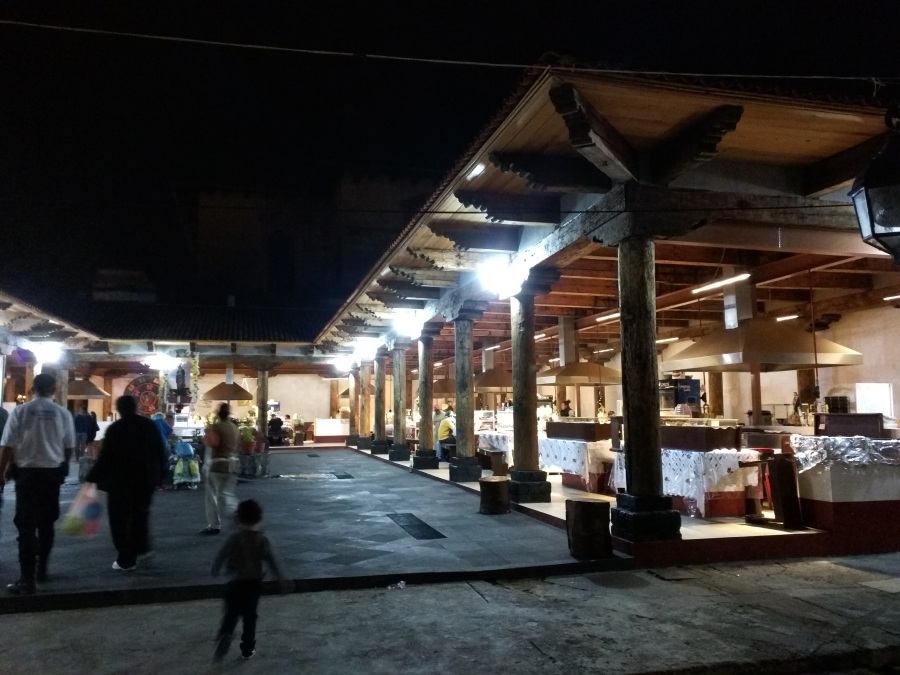 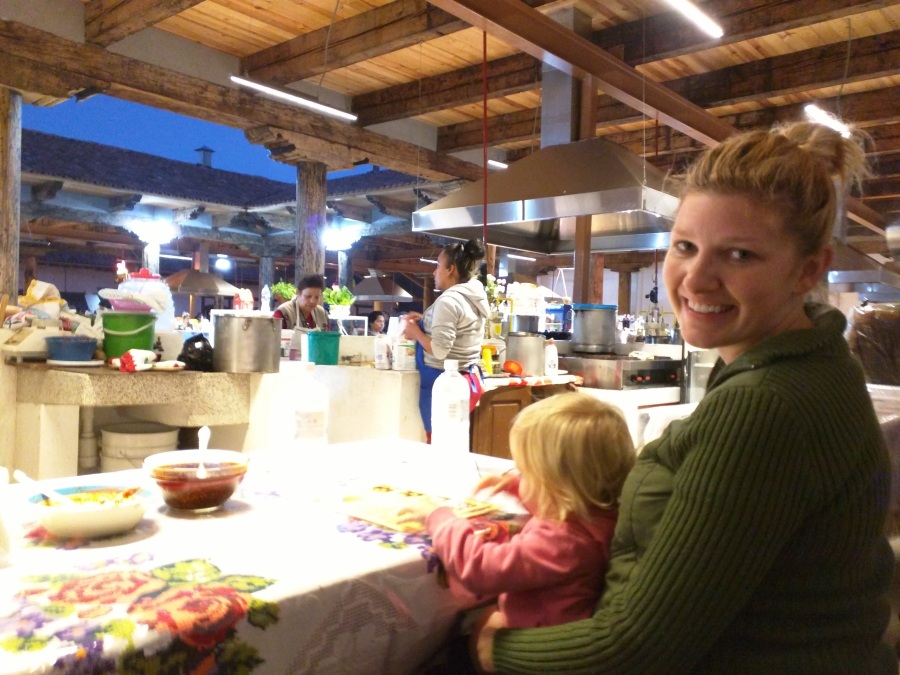 One thought on “Crap Not in the Woods”