On our way from Caprock Canyons southeast of Amarillo down to Austin, we stopped and spent two nights in Abilene.

Texas is huge, feels like a separate country, which it was at one point.  They compensate for the vast amount of space with ridiculous speed limits.  Roads that in the upper mid-west would have a 55 mph speed limit have a 70 or 75 mph speed limit in Texas.  We’re talking two lane highways with hardly any shoulder & lots of curves. 70 mph.  Add a couple lanes, but still not much shoulder and no median separating opposite-going traffic, 75 mph.  Another item that stands out about Texas is the huge amount of gigantic pickup trucks.  It seems about 90% of the traffic consists of big trucks.  The moral of the story: if we have a collision in our 1998 Toyota Camry we can pretty well guess the outcome!  On a bright note, gas is very cheap, less than $2.00/gallon in most places.  I’d like to say that’s why they don’t mind driving gas-guzzling trucks all the time, but I’m pretty sure that has nothing to do with the gas prices.

We initially treated Abilene as simply a place to stop & relax for a couple days, not a city we’d be excited about.  Turns out though, Abiline is a cool place!  It’s big enough to have a fun downtown area and lots of other stuff without being so big that we hit lots of traffic.

It’s been proclaimed “Storybook Capital of Texas”, which meant they had lots of cool sculptures of children’s book characters all over downtown.  Appropriately enough, we started our day downtown at the library’s story time.

Characters from storybooks around town, even on top of buildings. 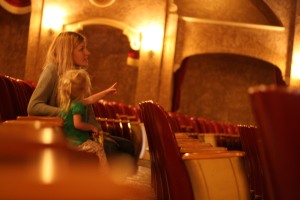 Overall a fun place to visit.  Thanks for the great time, Abilene! 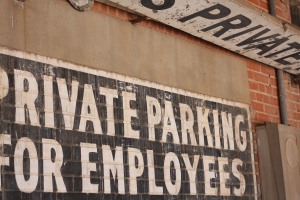 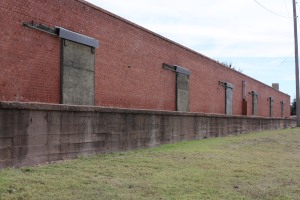