So, we’re driving to Guadalajara, Mexico, in a 1998 Toyota Camry with 238,000 miles on it, and growing.  His name is Carl and he has aged well with the help of some screws.

Why are we driving to Mexico?  We’ll discuss that later.  For now, let’s enjoy the journey.

We’re determined to avoid interstate and four-lane highways if at all possible.  We’re not in a hurry.  I drive 55 mph even when we do get stuck on a road with a 70 mph speed limit.  Yep, I’m that annoying guy now.

Missouri allows fireworks, Iowa does not.  Missouri doesn’t waste any space to exploit this. 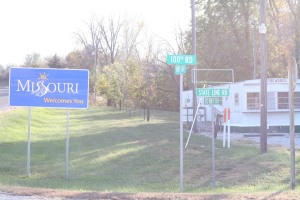 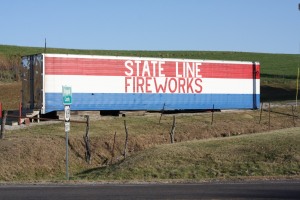 The amount of cool things one can see on old highways compared to when traveling on interstates is drastic.  Yes, that’s a herd of camels, grazing as if they were cows.

We spent the night at a campground south of Maysville, Missouri.  Our air mattress deflated and it was cold.  We will figure this camping thing out by the time we get to Mexico.  The tag on the tent remains from a night we spent on the island of Culebra, east of Puerto Rico, in 2005. 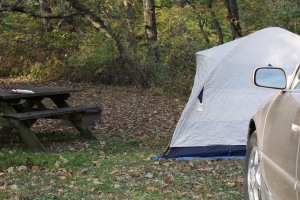