“And I’ve got such a long way to go, to make it to the border of Mexico.” Ride Like the Wind by Christopher Cross

We said our goodbyes to our friends in Guadalajara and packed up for our trip north.  It was hard saying goodbye, even to our favorite street taco ladies.  We loved our time in Mexico and we’ll be back soon, so that made it a bit easier to say adiós to the wonderful people we had the pleasure of meeting.

Our plan was to take the trip back to the US almost as slowly as we had meandered south six months ago.  We assumed two small children would make travelling any more than four hours a day almost impossible.  But, as it turned out, our girls were amazingly patient with being in the car, so we just kept driving as much as they’d let us.  Our marathon day was Wednesday, when we drove from Zacatecas, Mexico, to New Braunfels, Texas.  Google puts it at a 10 hour drive, but that doesn’t include any breaks or, most importantly, the border crossing!  Including those things, it was over a 12 hour day and we were exhausted.  We also cut it a bit close being able to cross the border before dark, but we did it and all was well.  We did the 28 hours of driving to my parents’ house in Iowa in four days, what we felt was pretty amazing, but we were all more than ready to not be in a car.

Here’s iola in her customary ROAD TRIP shirt.  Our time in Mexico went so fast, but then I look back at pictures of iola during our trip down to Mexico six months ago and wow has she grown!  Click here to see pictures of her in the same shirt in early November 2015.

Our first stop after Guadalajara was Zacatecas, where we spent a night and celebrated Halloween in early November.  I can’t stop staring at all the colonial architecture when we’re here. 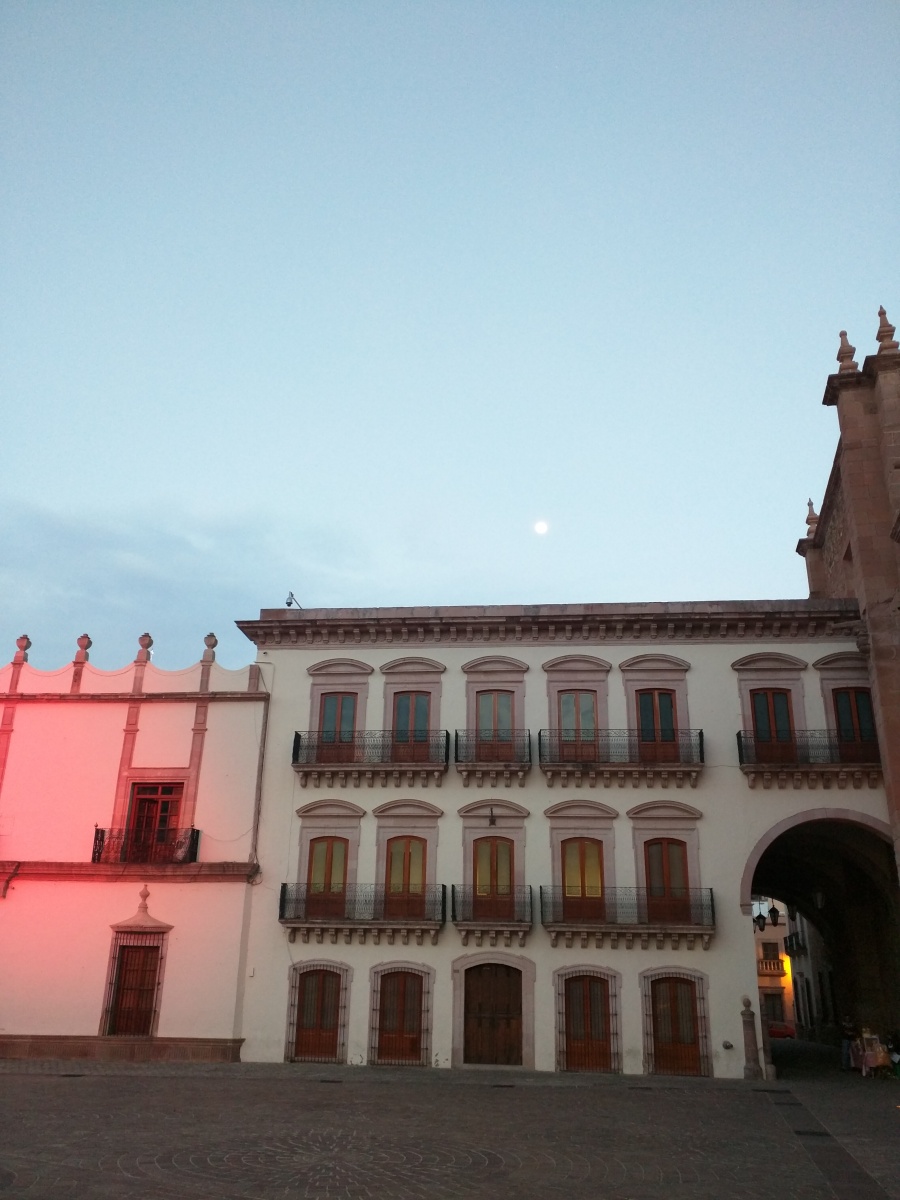 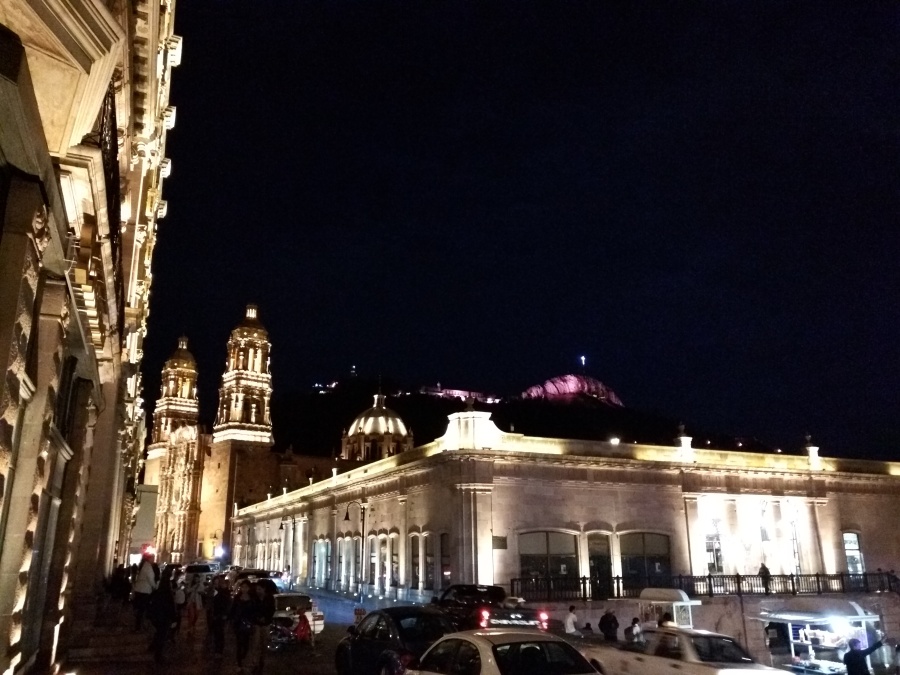 One final Kinder Surprise egg (illegal in the United States.)

…and one final OXXO (convenience store) cinnamon cappuccino for Carrie. 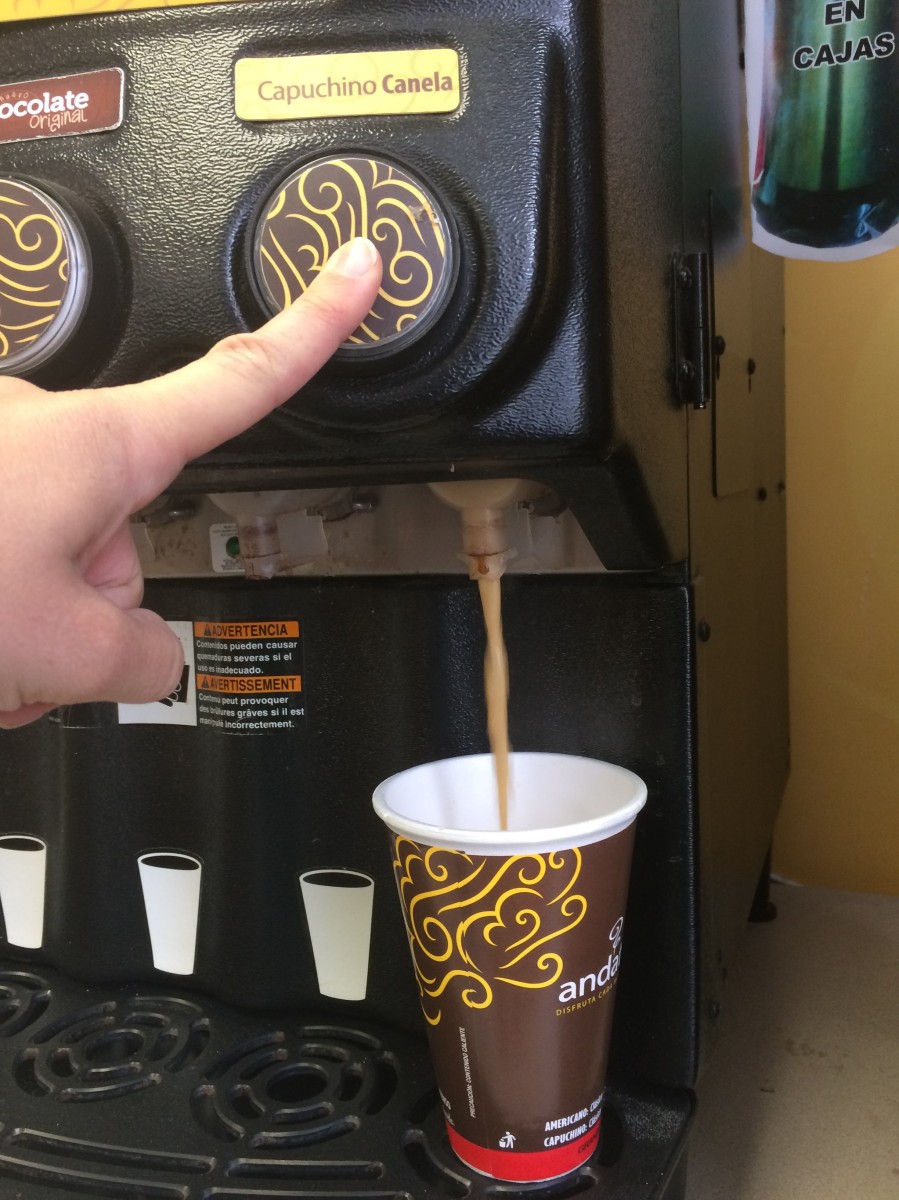 And one final run-in with the law…as in for some reason the police parked right next to us despite dozens of other open spots. 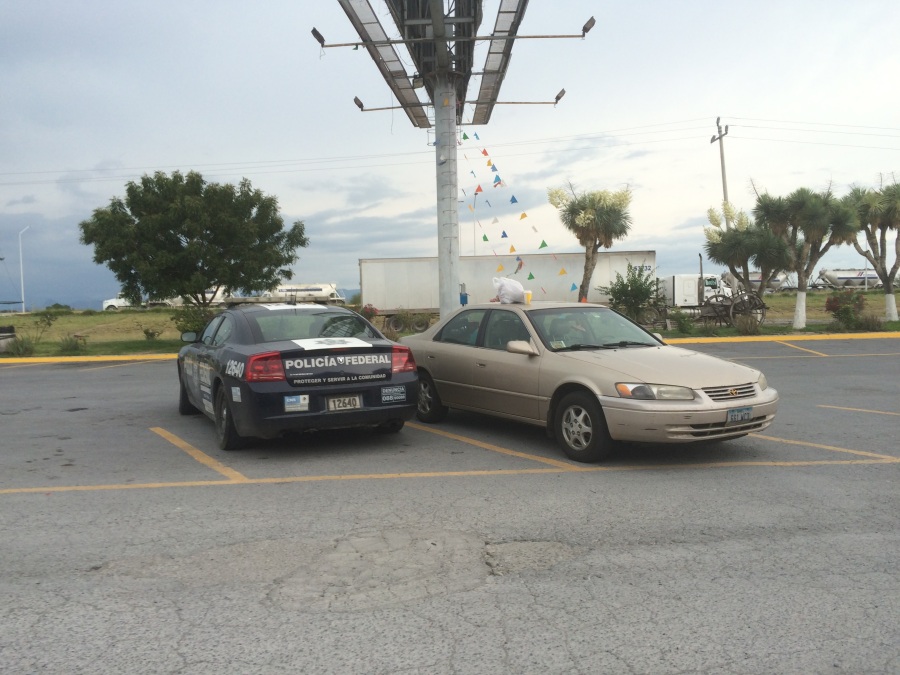 We had to stop into a Mexican government office to cancel the temporary import permit for Carl Car and then crossed the bridge to the US.  We sat in line for about 45 minutes before it was our turn to be questioned.  Frida was not excited about leaving her country of origin and cried the whole time in line, so Carrie finally just held Frida on her lap.  We must have seemed honest, boring, or sick of having a crying baby, so we got to pass right through.  That’s good, because I really wouldn’t have felt like re-packing the car, which was jam-packed in expert fashion.

Many Mexican stoplights feature all sorts of vendors…food, newspapers, windshield wipers, etc.  It was only appropriate that we had one more shot at buying pirated DVD’s while waiting in line for US Customs on the bridge over the Rio Grande. 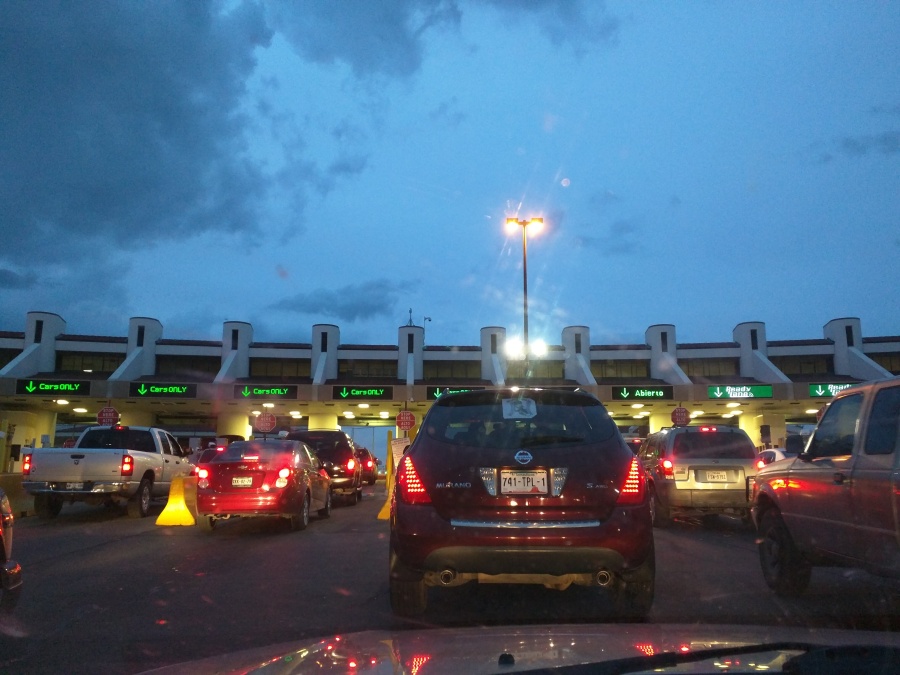 Back in the US, yeeeehaawwwwww!

Couldn’t pass up an IN-N-OUT Burger in North Texas.

A break somewhere along the Kansas Turnpike.

Here’s Carl Car, back safely in Iowa.  246,000+ miles and still running like a champ.  Thanks for your hard work, Carl, you’ve never let us down.