Carrie was adamant that no Mexico experience would be complete without a trip to see Lucha Libre, the WWE-style fake wrestling known for its masked fighters.  I was hesitant, as I often am with Carrie’s ideas, but agreed to go along for “family night” last Sunday.  The chocolate donuts made it all worth it…and the ice cream…and the beer…and the popcorn.  That’s right, all those items are delivered by vendors to your seat in a baseball stadium-esque fashion.  We also had the option of getting fresh fruit cups, soft drinks, micheladas, what we think were onions or pickled pork skin (?), and more.  The best part: two big chocolate donuts, strawberry ice cream, a bag of popcorn, and two Coronas added up to a grand total of 111 Pesos, about $6.  These items were crucial to getting iola to hang in there for two hours as well, minus the beer.

The next best thing after the food vendors were the middle-aged men in the audience by themselves who clearly took this stuff seriously: standing up to scream, making gestures at the referee, and the fact they were 60 years old and there by themselves.  Every match included the good guys and the bad guys.  The crowd cheered the good guys and taunted the bad guys (yelling things I shouldn’t translate to English, but mostly involving the fighter’s mom.)

As fake as the fighting was, we were impressed with the agility of these guys.  There was no blood, but there were cool flips, jumps, & stunts throughout the night.  If they didn’t really know what they were doing and have things coordinated, someone was going to get hurt.  iola even got into it and was clapping for the fighters.  Frida (somehow) slept through almost the whole thing.

I left with a whole different opinion of Lucha Libre.  We decided we’ll for sure go back next time we’re in Mexico.  iola also went home with a mask that might be her cutest wardrobe accessory to date. 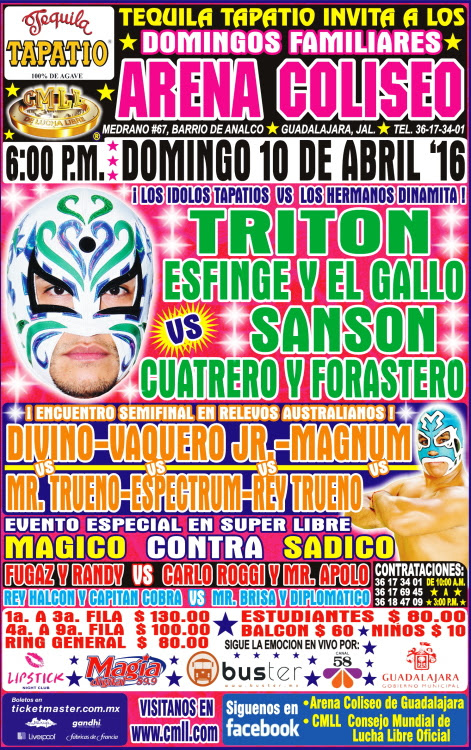 Here’s a famous fighter “El Gallo” (The Rooster) in action, along with his small person sidekick. 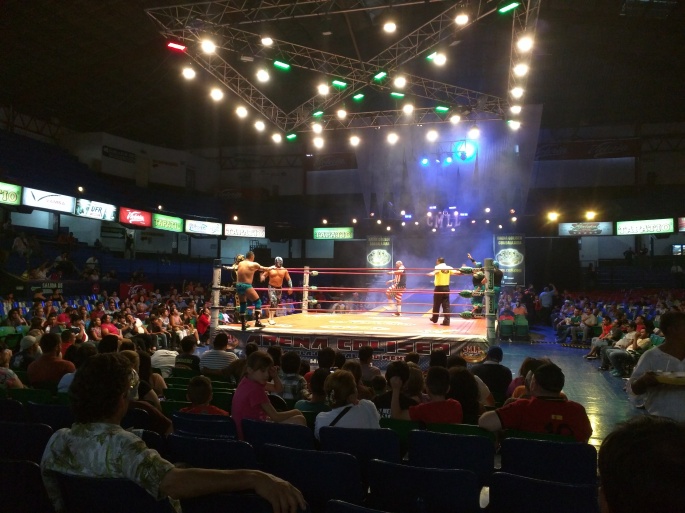 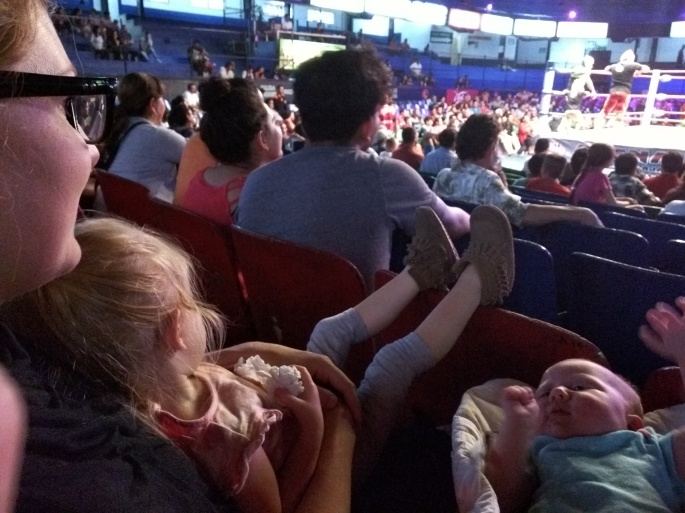 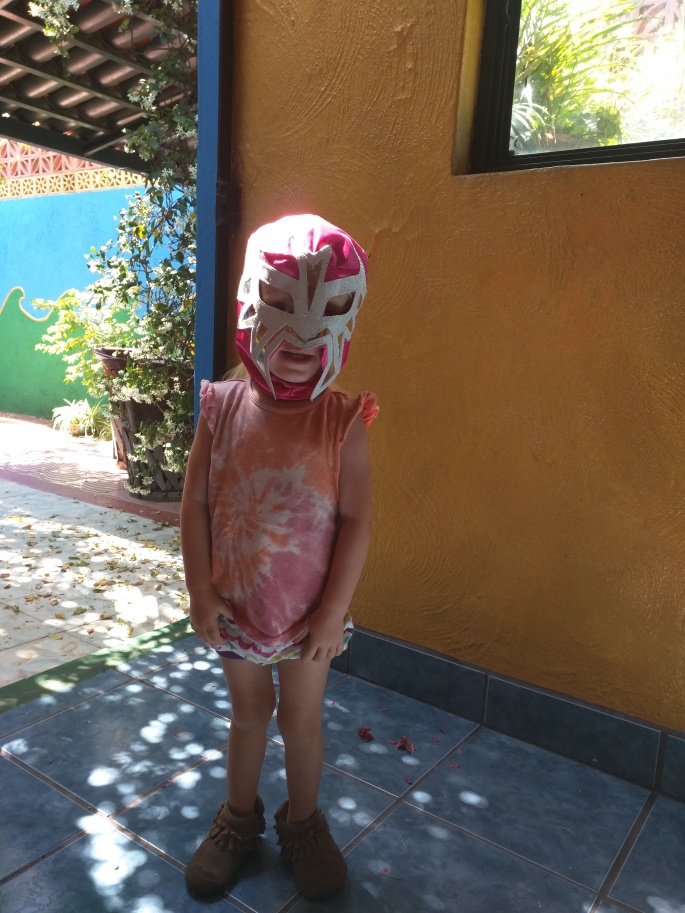