The main reason we left for Michoacán was to visit the monarch butterfly reserve.  Every winter, monarchs from east of the Rocky Mountains travel to Mexico on a months-long journey from Canada.  The science of all this is largely still a mystery.  The butterflies heading to Mexico have never been there; they were born up north.  Even their parents weren’t ever in Mexico.  The journey north in the spring and occupation of the US & Canada is done multiple generations before the generation that travels to Mexico in the fall.

We traveled a little over two hours by car to the east of Morelia to El Rosario Butterfly Sanctuary.  The drive was gorgeous & at times, scary.  Curves on high mountain roads with no guard rails meant if you went over…that would be it.  At one point locals pulled up a rope crossing the road to block our passage.  They can spot a gringo from a mile away.  They gave us an official “car permit” and said it was 40 pesos to travel on the road to the butterfly reserve.  I paid with a smile and they lowered the rope to let us proceed.  I strongly suspected and later confirmed it: these people are acting in no official function; they’re essentially charging for nothing because they have nothing to do with maintaining the road.  But, they’re surviving how they can and as Carrie pointed out, the alternative might be them deforesting the mountain in order to make a living, destroying the butterfly habitat altogether. 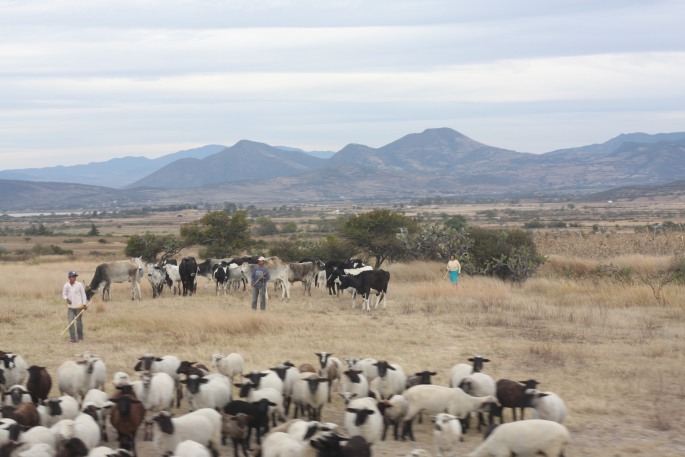 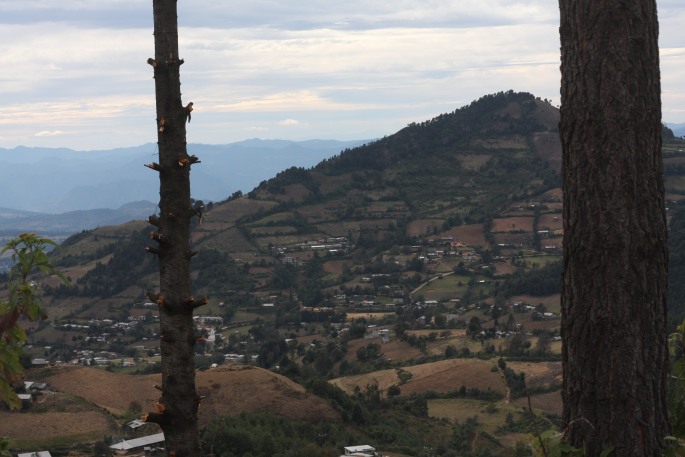 It was 45 pesos per adult to enter the sanctuary; iola was free.  We hiked with an included guide (I gave a 50 peso tip) up to approximately 10,000 feet above sea level.  I had iola on my back and Carrie is eight months pregnant…we were both huffing and puffing in the thin air.  It took us about 45 minutes to reach the butterflies toward the top of the mountain.  I would have walked right past them had the guide not said something.  When the sun is shining the monarchs are flying all around, but on a cloudy day like during our visit, they huddle together in the pine trees.  They’re so densely packed that you can’t see their vibrant colors.  Instead they look like dark moss or thick brush in the trees.  A big clue though is all the wings of dead butterflies on the ground.  Certain birds eat the monarchs’ bodies but leave the wings.  The guides told us not to even pick up the wings because a theory is that the butterflies migrating to Mexico choose the same spot each year because of the monarch wings on the ground from the previous year. 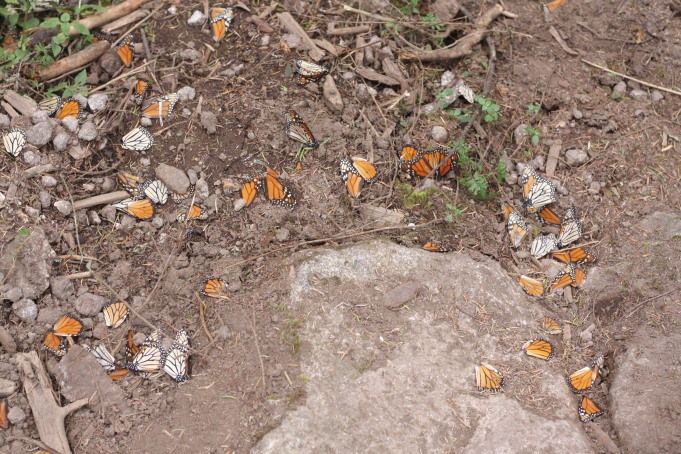 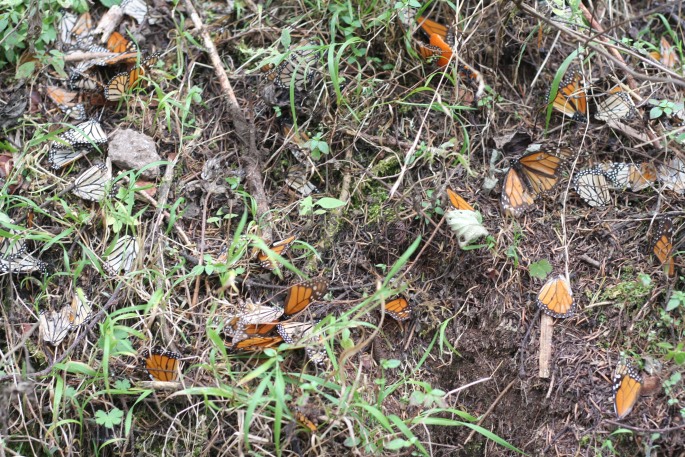 Below are the butterflies crammed in the trees.  There must be 100,000’s per tree, maybe per branch?

Look at the tree branches to the left to see what the pines would normally look like, then at the tree in the middle of the picture where the butterflies are packed in.

In the video you can hear a rain-like white noise in the background in between iola’s commentary.  That is the sound of butterflies! 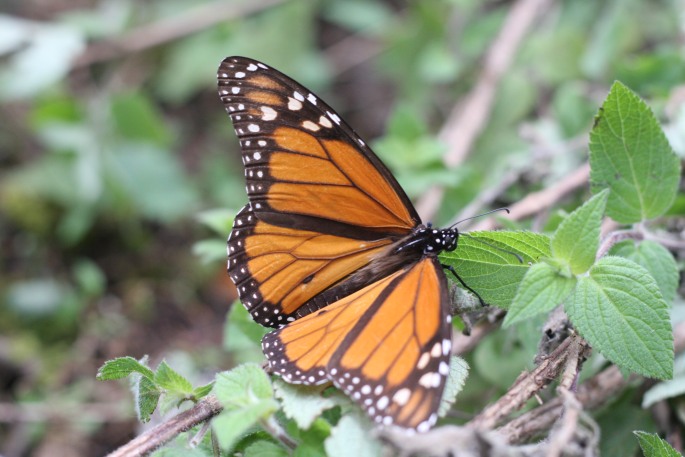 2 thoughts on “Meet the Mariposas Monarcas”