Before getting out of Oklahoma City, the downpour had already started.  We spent the night in a hotel in Madill, Oklahoma.  As much as we love our tent, we’ll pass on setting it up and staying in it during a thunderstorm.

The plan was to drive to Dallas and then south to Laredo via Austin & San Antonio, but Hurricane Patricia, which was bringing even more moisture to our route, made that plan a lot less exciting.  It hit me all of a sudden: Why are we driving further into the rain if we have the option not to do that?  I’m so used to doing time-limited vacations where randomly choosing new routes and destinations isn’t an option that I forget I’m no longer limited by what the plan originally was.  The plan can be whatever we want it to be in that moment.  So with the help of our meteorology savvy friend Steve, in a matter of about 20 minutes we abandoned the idea of heading to Dallas and instead chose to drive west along the border of Oklahoma & Texas and into the “smokestack” of Texas, well away from the bad weather.

Two main things we noticed on our trip west through OK & TX: 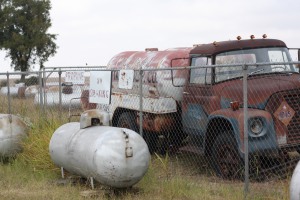 We stopped for food truck Mexican tamales & tacos that made us even more excited for Mexico, iola devoured raspberries, tamed frogs, and we made more time for interesting potty breaks. 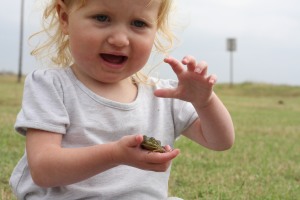 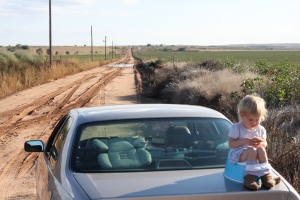 One thought on “Avoid Hurricane Patricia”