Chapala had its Revolution Day parade today.  It was LONG.  And fun.  Somehow iola stayed in there for the whole thing, which took over two hours.  She’d normally be throwing in the towel long before that, so she must have been entertained.

The main theme of the parade is dressing up, mostly kids, in period-appropriate dress for the revolutionary war in the early part of the 20th century.  Heroes like Pancho Villa & Emiliano Zapata are forever remembered and recreated by the huge mustaches they wore.

Very brief history:  The Mexican Revolution started in 1910 and lasted around 10 years.  Prior to 1910 there had been a 35 year presidency that the campesinos (country folk) grew sick of.  They revolted and won, however a subsequent power struggle ensued and many of the revolution’s heroes (including Zapata & Villa) were subsequently assassinated under various circumstances.  Read more at Wikipedia.

A good alternate name for the parade would be line after line of adorable children.  Here’s a slideshow.  Spot the bandoliers (ammo straps) made of peanuts where the kid had gotten hungry and the cowboys bringing things up to the 21st century (holding a bud light and a cell phone):

Latin America has the stereotype of being machista, that men do manly things and women should do the motherly things.  We haven’t experienced it.  There was way more male participation with the kids in the parade than you’d ever see in the US.  It was about a tie men vs. women helping the kids in the parade. Choreographed dances, hula-hoops, fans, pom-poms, gymnastics & all.  I’ve seen many guys wearing their babies in a baby carrier.  Good for them.  They’ve busted yet another dumb stereotype of mine. 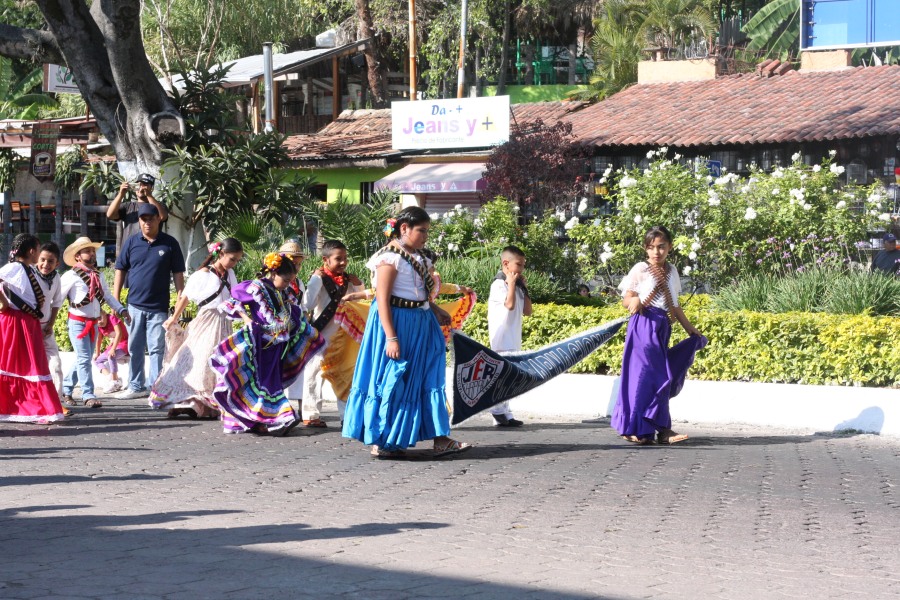 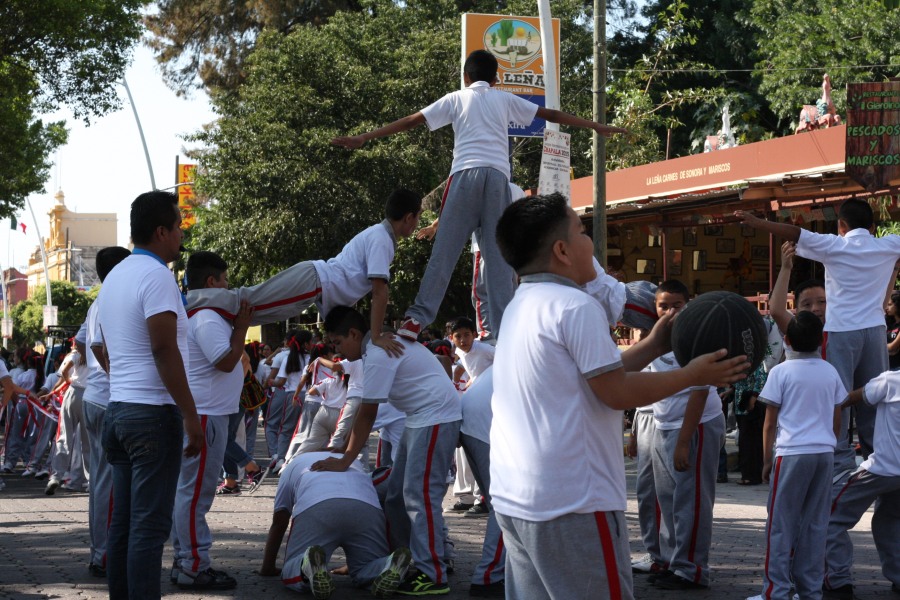